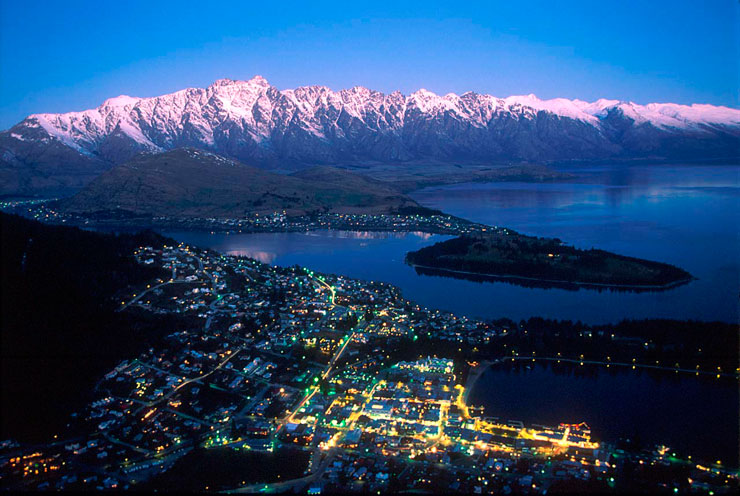 The international film industry’s New Zealand love affair is well documented with picture perfect landscapes capturing the imagination and hearts of film stars, producers and movie-goers the world over.

And, with New Zealand featuring in a list of top foreign places to shoot Bollywood movies, it seems that Indian film-makers and their audiences are in agreement.
The diversity of New Zealand culture and landscapes first caught the attention of Bollywood film makers with the 2008 movie, Love Has No Language.

The striking landscapes, snow-capped mountains and crystal clear lakes of Queenstown took centre-stage once again with the Bollywood smash hit I Hate Luv Storys, filmed in New Zealand and released to instant box office success in 2010.

The movie – staring Indian heart-throb Imran Khan and the beautiful Sonam Kapoor – ranked as India’s 12th best net-grossing movie of all time on its opening day alone. But it wasn’t just movie-goers who fell in love with the untouched landscapes, director Punit Malhotra, who came to New Zealand looking for “picture perfect postcard locations” was also bitten by the New Zealand love-bug.

“As a film maker in Queenstown you don’t have to hunt for good locations. The place itself is one giant exquisite locale,” Malhotra told H T Cafe magazine at the time of release.

With starring roles in other Hollywood movies such as The Lord of the Rings, Wolverine, The Water Horse, 10,000 BC, The Lion the Witch and the Wardrobe, Vertical Limit, Prince Caspian and The Hobbit Trilogy, Malhotra summed up the South Island alpine resort town perfectly when he said that Queenstown is not just a location, but a character.

“I can’t ever forget the fried fish and chips … but you should also have the great fresh bread, fruit, coffee, ice cream and the exotic cheeses that the locals make.”

New Zealand also proved to be a dream location for the stars of the movie. Both Khan and Kappor enjoyed exhilarating adventures like bungy jumping from Queenstown’s famous Kawarau Bridge to experiencing the thrills and spills of the iconic Shotover Jet and taking a leap of faith with a skydive above Queenstown’s towering mountains and glistening Lake Wakatipu.

The lure of New Zealand’s landscapes saw Bollywood return in 2011 for the filming of The Players – a Bollywood remake of the 1969 classic hit The Italian Job. As well as featuring Sonam Kapoor, Players brought another A-list Indian actor, Abhishek Bachchan, to its shores.

This time it was Wellington – the film capital of New Zealand -that had a chance to shine on the silver screen.

Wellington’s urban terrain, steep streets, dramatic coastline and stunning harbour showcased the capital city to the world, as well as a thrilling high-speed car chase along the runway at Wellington International Airport.